When I started taking photos I did so on an old point and shoot film camera, I can still remember the excitement of waiting overnight for my film to be developed in the local chemists, but with the dawn of digital technology, in 2007 this all ended when my family got our first digital camera and since then I haven’t taken a single photo on film, that is of course, until now!

After having a lecture on the history of photography in University I began to get interested in shooting film again and so I went about searching the internet. On my travels I found out about Lomography and got extremely interested, the idea of having a camera small enough that I could carry everywhere with me, that takes no battery and contained no electronics intrigued me and for a mild Instagram addict the look of the photos the cameras produce really appealed to me! I then went about getting a lomo camera and settled on a Diana Mini, one of the smallest cameras that shoots 35mm film, as that’s all my local lab could develop (unfortunately not the chemists anymore, but a specialist photo shop 20 minutes drive away).

Lomographers say that they have Ten Golden Rules of Lomography and I took rule number one of always having your camera with you very seriously so most of my first roll was entirely taken up quickly with scenes of my garden and from my walks locally, it may not be the most interesting set of photos but it got my interest in film photography re-ignited! 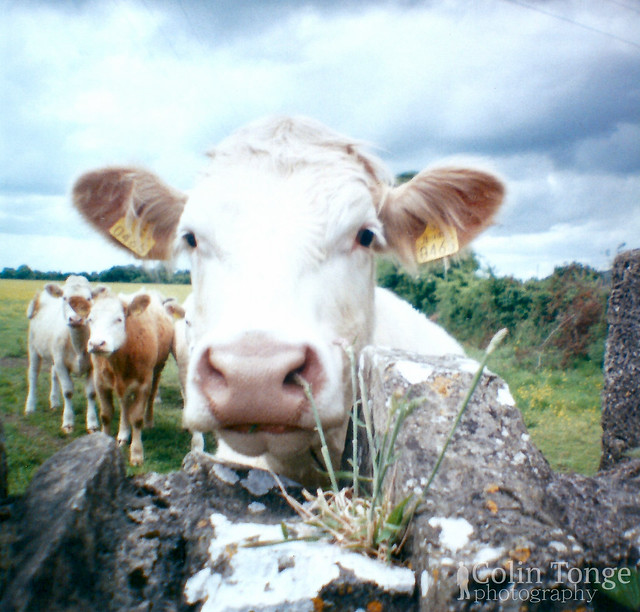 Since getting this roll back I was intrigued to do some other film photography that may yield me better results, so I chose to get myself the cheapest medium format camera I could find and after a search and fiercely fought auction on eBay, I got myself a Lubitel 166B TLR camera to experiment with,

while my first roll through this is also a bit of a failure with the lenses needing realigning before I shoot again it’s still been a very worthwhile exercise and I can see myself taking many photos on film going into the future.

One thought on “Lomography”