Last December I partook in a photoshoot with Conor-Palin Stewart where we juxtaposed ballet dancers in an urban setting. I decided to have the dancers using existing city objects as ballet barre’s to help fit the dancers into the unusual places they would be. 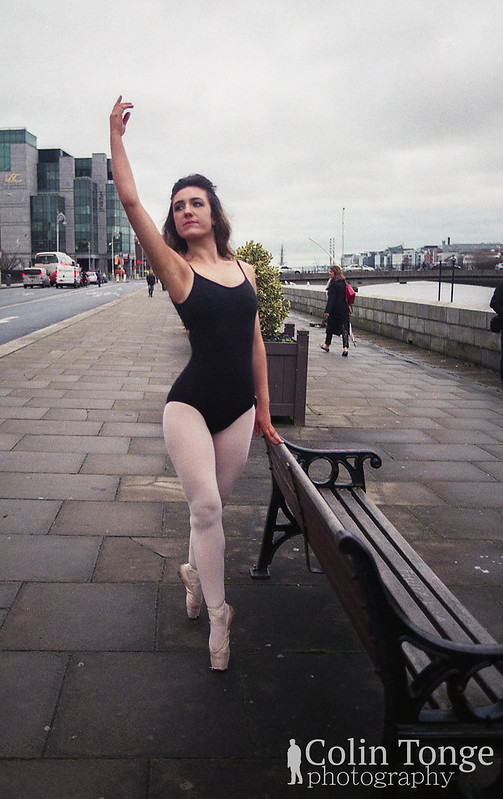 This was to be my first photoshoot with people, previously I had only assisted in shoots or shot locations so it was a sharp learning curve, but I quickly got into it and Caitríona and Loren were great to work with. The plans I went into the shoot with I found I didn’t really keep, locations we passed often inspired us and ones I had in mind to begin with just didn’t work when we got to the location. 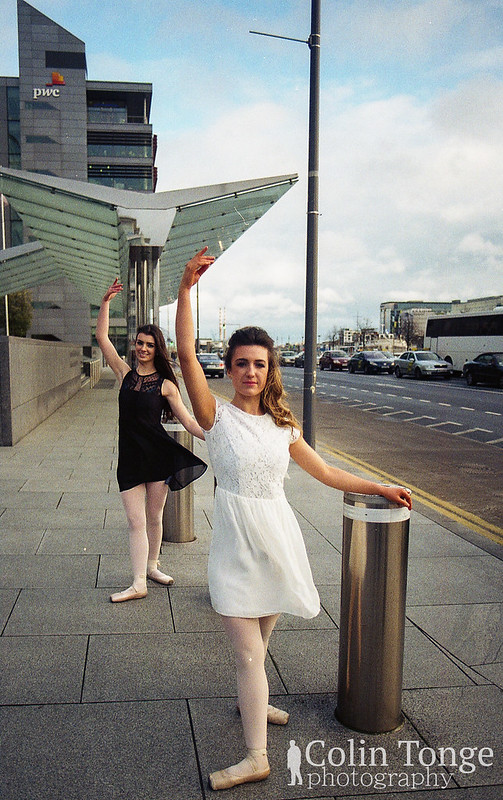 Technically, I shot the entire series on my Canon AE-1 Program, film is currently my medium of choice and this camera is a dream to shoot with, as always with film I found myself thinking more about every shot which is just what I needed in this shoot. The only way I found my camera held me back is that I had to manually wind the film on, when shooting with people you really need to take a few photos of each potential shot to ensure you get the exact right pose, etc., I have since bought a power winder so on future photo shoots this won’t be an issue. The lack of waterproofness of it also proved a slight issue, but noting a sandwich bag couldn’t solve!

This shoot has definitely inspired me to shoot more with models and do more photo series and I have a few in the works so stay tuned!

One thought on “Behind Urban Barre”