People. Sights. People; shopping; people, trains, people. Such are one’s thoughts when in London, it’s a city I love, but the constant rush becomes monotonous very quickly; the running to the train, the mass shuffle past the the sights. Even on a short holiday escape becomes essential and on my most recent trip I decided to visit Greenwich for that escape. It’s located only 40mins from central London and in TFL’s Zone 2, I had no excuse for not going to this quiet Thames side village for an afternoon de-stress.

To get the train to Greenwich I first had to go to Canary Wharf, exiting the tube station there exemplified the London rush to me, it’s a huge hall with everyone running to and from the trains the rush was unbelievable! I walked from there to the above ground DLR (Docklands Light Rail, self-driving trains around the docklands to the east of London) station, where I would get the train that would take me to Greenwich. As the station is above ground when I got on the train I could survey the part of London that I was in, huge modern high-rise buildings gleaming in the summer sun with people in suits quickly walking around, clearly in a hurry! It’s rare in London that you get a chance to observe while you’re on public transport as so much of it is underground, my opportunity here didn’t last however, as the train quickly moved down onto and then under the ground as it drove me towards Greenwich. 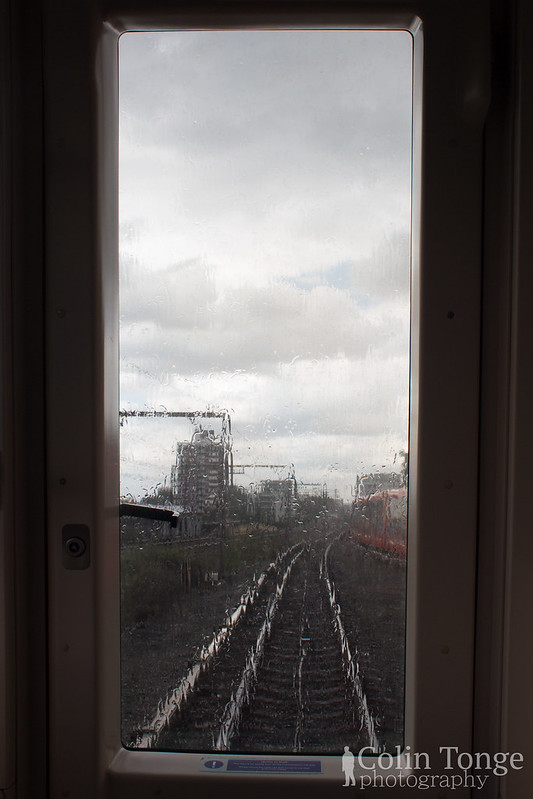 Strangely, the best stop to alight at for the Greenwich town is not the Greenwich stop (this is instead for the National-Rail station) but the ‘Cutty Sark for Maritime Greenwich’ stop, getting off here brings you straight into, or more accurately under, Greenwich. After departing from my train I began the ascent into Greenwich, having boarded the train aboveground only fifteen minutes earlier I didn’t consider the lift the better option, however, I can confirm following a rather long stair-climbing experience, that the lift is definitely the wiser choice!

The University of Greenwich is just minutes walk from the train station and the odds are, depending on your taste in films, you’ve already seen it! Maybe as a battleground in The Avengers, as Paris in Les Miserables or as one of a myriad of locations it’s been used for in the past. This huge use as a set is not surprising, upon walking in the gate I was welcomed into a different world, gone were the townhouses and artisan shops instead replaced by imposing white, almost Romanesque monuments.

While the University of Greenwich is a modern working university, there are a few areas which are open to the public and these are free to go into (although donations are taken). I first walked to the painted hall, a large formal dining hall whose ceiling was painted by James Thornhill between 1709 and 1728. It has been used for many purposes throughout it’s almost 300 year history and is currently still in use, when not open to the public, for the purpose for which it was originally built, to host formal dinners. The ceiling is spectacular and you could spend hours there staring at every intricate detail both on the walls and the ceiling, but my time there was limited so after exploring the hall and taking a few photos I set off towards the Chapel. 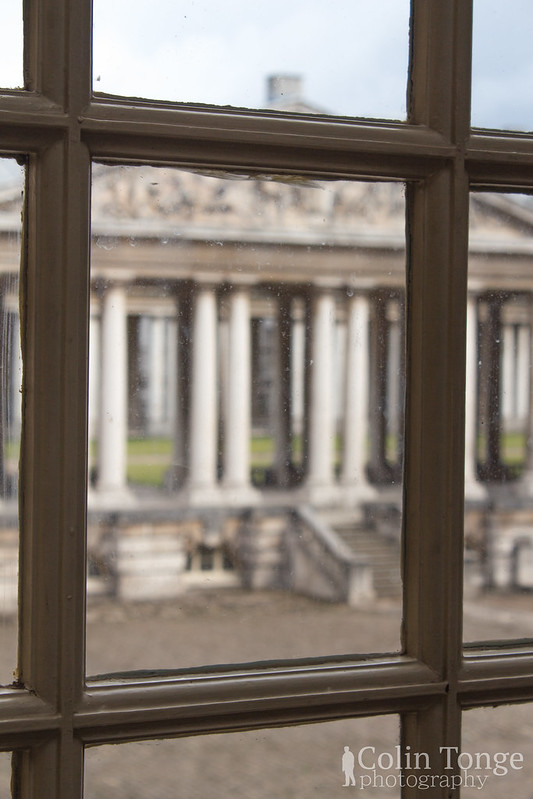 On the way to the chapel, which is on the other side of the campus, I came upon a courtyard framed on three sides by the old buildings of the university and on the other by the Thames. Standing at the back looking towards the Thames, the modern Canary Wharf which I left was framed perfectly in the centre, the new buildings in the distance a stark contrast to the old ones around me. Seeing how close it was reminded me I was still in London even if it didn’t seem like I was, it shows how strange and unique a place Greenwich is. 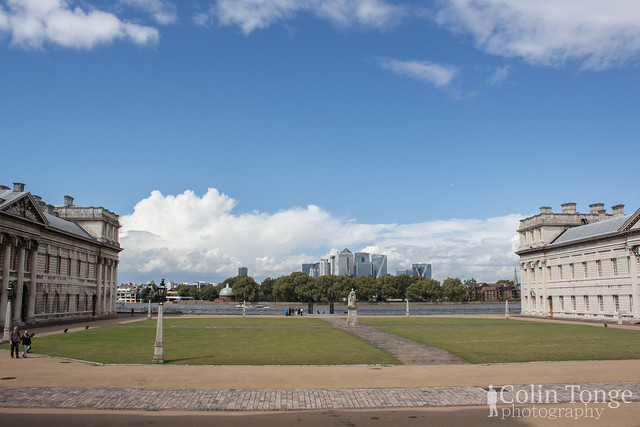 I continued past the courtyard and soon arrived at the chapel, much like the painted hall the chapel is extremely decorated with a gold and blue decorated ceiling and a huge Benjamin West painting behind the altar. It’s built in the Greek style and in it’s riverside location it is hard to believe that you are still in England, never mind London! The chapel is still used for regular services should you wish to attend one but like all my destinations there I was only there for a fleeting visit. 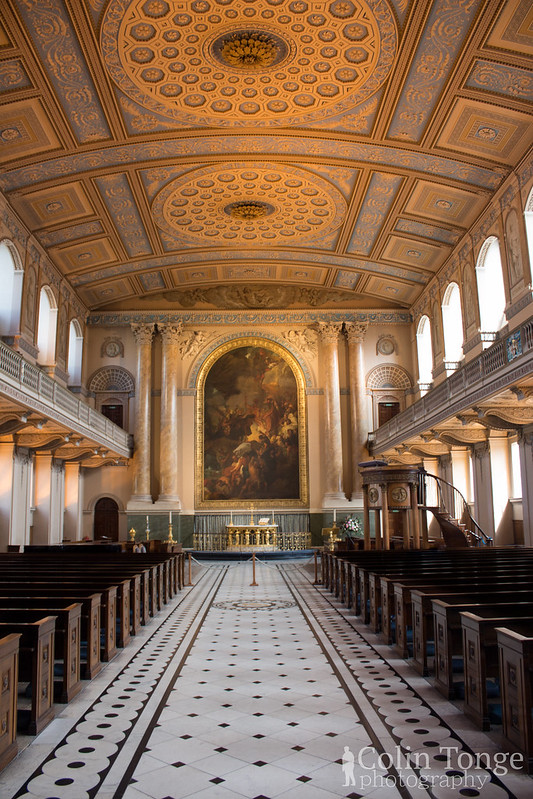 With lunch time approaching and my return to London imminent, I decided to have a quick lunch stop before I had to get on the train back to the city. Greenwich is a town full of arty and boutique places to eat but I decided on this occasion to visit somewhere that’s surprisingly hard to find in central London, a traditional pub! Walking back from the observatory to the train station I passed the ‘Kings Arms’ and it looked to be perfect.

Inside it was exactly as you’d expect a traditional pub to look, wooden beamed ceiling, dark painted walls full of pictures of the Greenwich of old and friendly local staff ready to take your order. Being that I was in an area with a maritime history I decided to order the fish and chips. I took a seat by the window and as I looked out sipping my drink and waiting for my food to arrive I began to think back over the morning I’d just had and how different and pleasant it was. Not once was I pushed or shoved by people, in fact once or twice people walking by actually acknowledged my existence saying ‘hello’ and ‘nice weather,’ it’s so hard to believe that I hadn’t left London!

The waitress soon arrived with my lunch and so I ate the delicious food (there really is nothing better that good pub food!) and then walked back to the DLR station to begin my trip back to central London. On the trip back I was genuinely sad to be leaving but I feel the magic tranquility of Greenwich would be ruined if one were to stay there too long, as it’s only when one spends time in London that you realise how special Greenwich is and what a paradise it truly is.

The above is an edited version of a creative writing assignment for my university course which I have edited to suit my blog format, as such I cannot guarantee the accuracy of my statements of places, times, etc. as it was written purely as an example of writing.