London is a place I love and so far this year I’ve been twice, 3 days in February and 2 in March so I thought I’d share some of my highlights from the two trips.

These trips were my first trips to Covent garden in almost ten years and walking around the cobbled streets looking into the stalls and shops I found it hard to believe I’d ignored this part of London for so long. No matter what you’re interested in there’s plenty there for you, I particularly enjoyed looking through the stuff in the market and in the windows of the weird shops around the Seven Dials. Covent garden is excellent for street photography too, especially early in the morning. 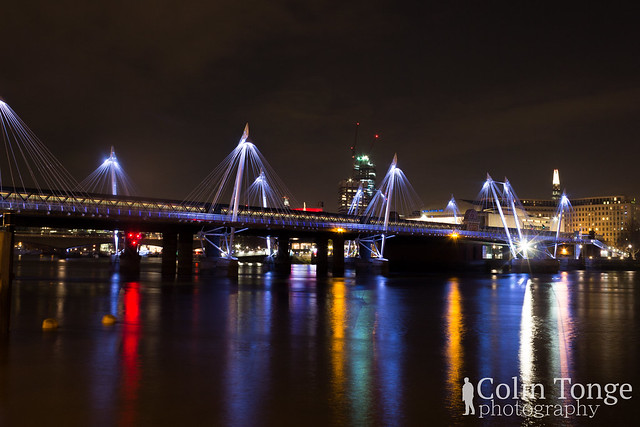 Night Photography is one of my passions and so walking along Southbank at night was a must for me. Seeing the places that are usually so busy all but empty at night is amazing as are the photo opportunities. Big Ben, the London eye, the Jubilee Bridge, these things that you regularly see just have a different look and feel to them at night, also being able to walk along rather than being herded along there is a rather nice experience!

On my second visit to London, I had to go to tower gate for night photography, Tower Bridge is just iconic and getting a photo of it at night was a must for me. Trying to find the ideal spot I noticed the Tower Gate boat dock was empty and that the gate wasn’t down so I went onto it and walked right down the end of the dock to get the ideal shot in the middle of the Thames, with nothing blocking my view. Bit awkward to get to, but totally worth it! 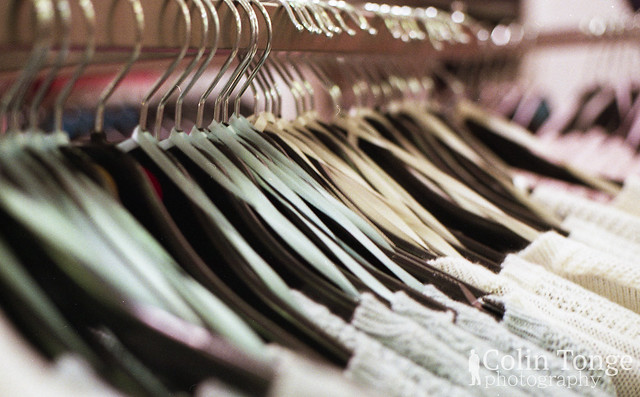 For London shopping, the hubs are of course Oxford Street and Regent Street and on both trips We spent hours walking up and down, visiting the huge shops that are so different to the ones back home. Highlights for me included Hamleys (yes I am 19, I still love that place), Tiger (I love Tiger in Ireland, but this one takes it to a whole new level, it’s huge!) and John Lewis (for a stationery fanatic, the basement was like heaven, I could have spent all my money there!).

The Victoria & Albert Museum literally has a bit of everything in it, from fashion to coins and photos to statues, whatever you’re into, you can find it here! The museum is laid out like a maze in a spectacular building and so to find the things that you’re interested in you have to walk through some things you may not be, meaning you’re exposed to so much and there’s no way you can’t appreciate the amazing pieces this museum holds. The café too is amazing with spectacular cakes and treats, amazing architecture and, if you time it as well as we did (completely accidentally!), there’s also live piano music filling the air! 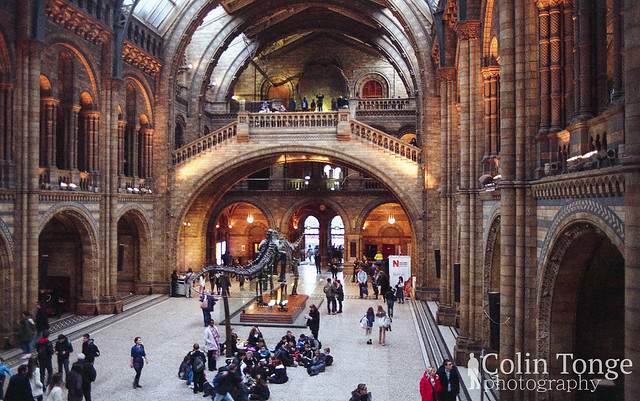 While at the V&A we passed the Natural History museum and decided to go in for a quick look, we ended up in there for nearly two hours! Again the architecture is amazing and the collections are fascinating. I spent my entire visit in awe, fixated by everything I was seeing. Hearing that ‘Dippy,’ the model of the dinosaur that sits in the entrance hall, is being replaced by a blue whale is saddening, he’s greeted me into the museum on every visit I’ve made, it will be strange when he’s not there!

Harry Potter was my childhood and visiting the studios in Leavesden was like re-living it! The experience is amazing and excellently laid out, there’s plenty to look at and seeing the sets and props is fascinating. It’s amazing how much detail went into everything, no detail was to small to perfect and nothing was left out. Visiting the studios is the only real way to appreciate this, I cannot recommend it enough to anyone, Harry Potter fan or not!

Those who know me know I love hot chocolate and after discovering the joys of Choccywockydoodah in Brighton last year I just had to pay their London branch a visit. Located just off Carnaby street in the heart of Soho is this tiny boutique café, up the narrow stairs we were greeted with an empty seating area so we sat by the corner window to people watch as we enjoyed our immense hot chocolates and goodies, it was just as amazing as the Brighton branch.

For breakfasts I’m very easily pleased, a good toast and hot chocolate has me sorted for the morning ahead and Patisserie Valerie certainly pleases on that front. The toast was made on granary bread, the spread was real butter and the hot chocolate rich, if a bit scalding. The muffins too are perfect for a post breakfast treat! My family assure me the actual breakfasts are excellent too!

After telling my friend Clare where in London I was staying she instructed me that I had to visit Ben’s cookies and so I did! I purchased one massive chunky chocolate chip cookie and one massive triple chocolate chip cookie and was rather impressed, I saved one for the plane on the way home and it was an excellent decision, there’s no better way to relax on a plane and get over the hassle of airports than with a nice cookie!

There is nothing quite like a West End show and so we had to go and see one while we were there. ‘Shakespeare in Love’ was in it’s final few performances at the time and so we walked over to see it. It was very good, humours and a story that could keep your attention the whole way through, it followed the plot of the film closely, but only having seen the film since, I had no idea what to expect when I was seeing it live!

Since we were staying only a few minutes walk from Leister Square we couldn’t not go to the Empire IMAX, where all the premieres take place. The experience is surreal, the screen’s enormous, the seat’s luxurious, the sound and screen crisp and clear and the film was introduced by a real human being! The film on at the time was Big Hero 6 and we were all pleasantly surprised how good it was despite it being marketed as a kids film!

I’ve been to London many times now and so this list is not a finite list of my favourite places, rather a list of the places I went on my recent quick stops. I’ll be going back in August so no doubt I’ll have more places and reviews after that trip!