We started 2016 in the Tonge household with this in mind and took the short drive from our house up to the Girley Bog. The bog has a short 6km circular route through it and we couldn’t believe we’d never been before, we also couldn’t believe that we never considered the recent rains before visiting… 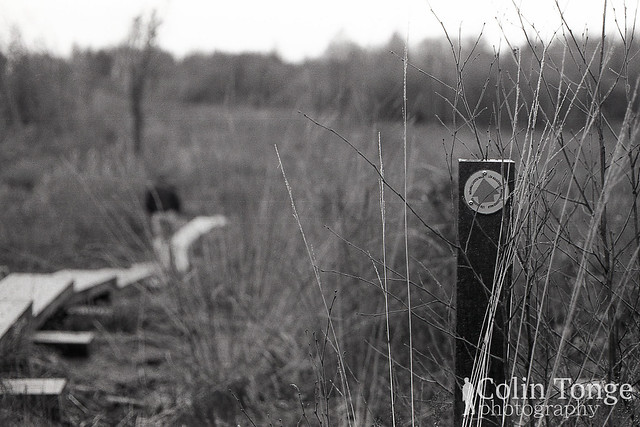 With my trusty AE-1 in hand we began to follow the purple signs through the bog. The walk starts in a forrest with a loose stone path crunching beneath your feet. Being the middle of winter the trees were bare and the path was scattered with the remains of last years leaves all soggy scarred from the months of wind and rain. Soon into our walk we came across a wooden path, the beginning of the bog section of the walk. 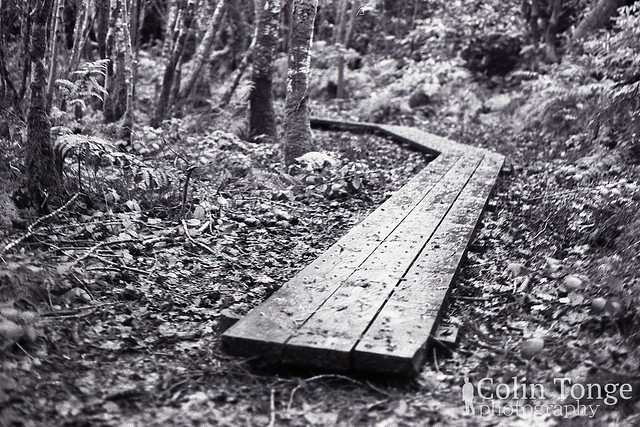 As our walk continued along the wooden path the leaves transitioned into mud and the scenery of trees became puddle and lakes. Luckily the wood path continued, until it didn’t, and we had to dart around puddles to continue on our walk. Despite the mud and water that was starting to soak into out shoes one couldn’t help but appreciate the reflections in the puddles, the perfectly still water impeccably recreating the shapes of the skeletal trees above them. 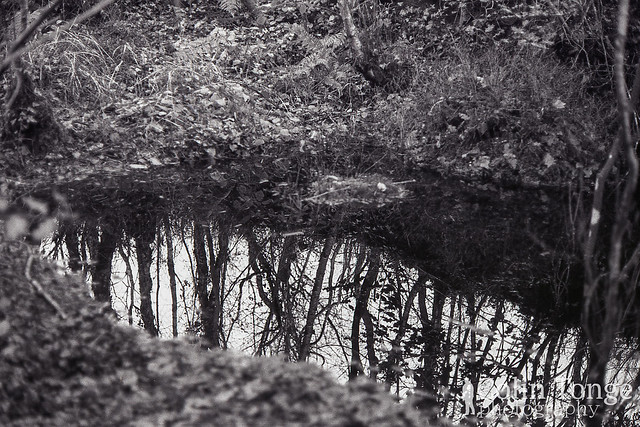 Eventually after navigating the puddles we came to another wooden path which began to take us over the exposed bogland. The path twisted and turned as though a giant toddler had dropped the planks on the bog like they were giant Jenga blocks! It was surrounded by heathers and gorse on one side and mud on the other, slipping off was not an option! 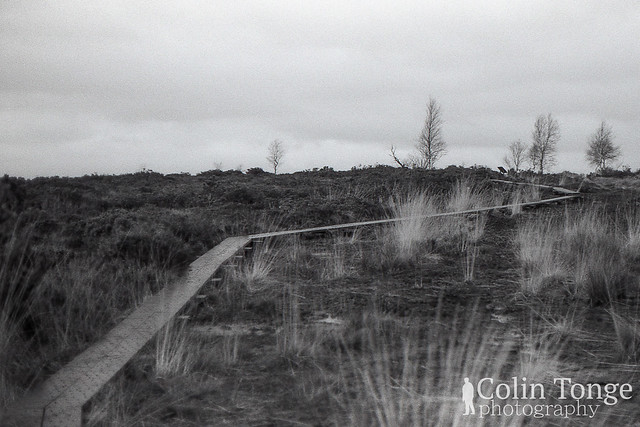 As we came to yet another stone path we continued to look over the grey bog, the recent rains had really flooded the ground and in spots huge puddles flowed into each other, the sound of the flowing water was the only one other than our footsteps in this desolate landscape. The bog was bordered with warning signs, but they need not have bothered, one foot on it and you’d know not to go any further! 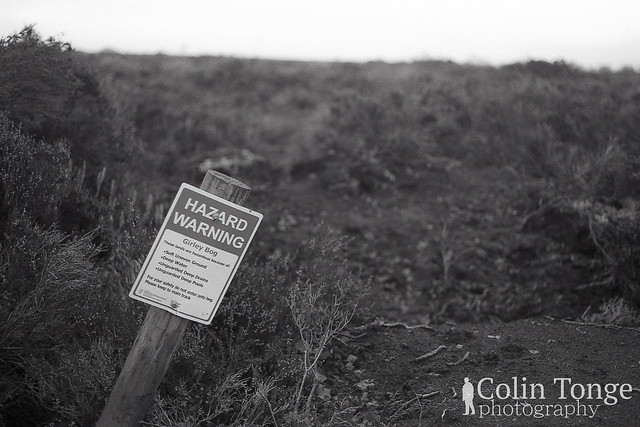 As we came towards the end of our walk we navigated more puddles and began to get back towards the forrest in which we started our trek. We were finishing just in time as the light was fading and the puddles were becoming harder to see and avoid! 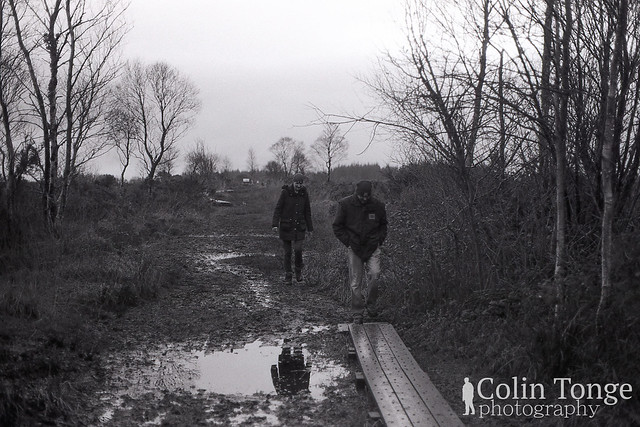 The ‘Girley Bog Trail’ was a great way to spend out afternoon and we had the place almost to ourselves the whole time. If you are considering going however, I’d recommend you wait until the weather is a bit less damp, the paths would be dry, the bog green and your hands warm!