Last weekend my entire extended family and I went to the west of Ireland to climb Croagh Patrick, at 764m above sea level it was to be the highest mountain I’d ever climbed and it was tough getting to the top, but was it worth it?

The climb started with a series of steps, with the mountain having the title of ‘Ireland’s Holiest Mountain’ one could say it’s the stairway to heaven… From the bottom of the mountain we could just see what we were told is a false top, the real top of the mountain was much higher and completely covered in mist. 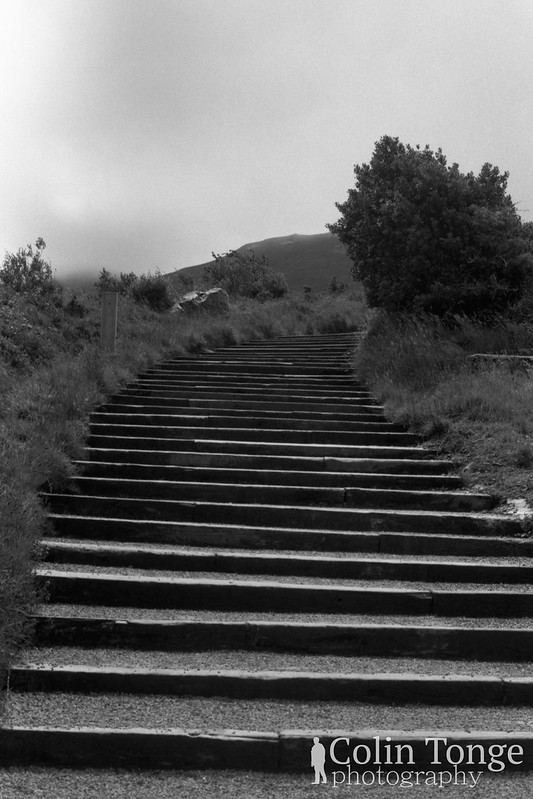 We soon found ourselves at the halfway point and looking back over the bay below we were treated to spectacular views. The climb to this point was relatively easy and the sticks we’d rented weren’t getting much use, as we continued on the mountain leveled off before we reached the final ascent. 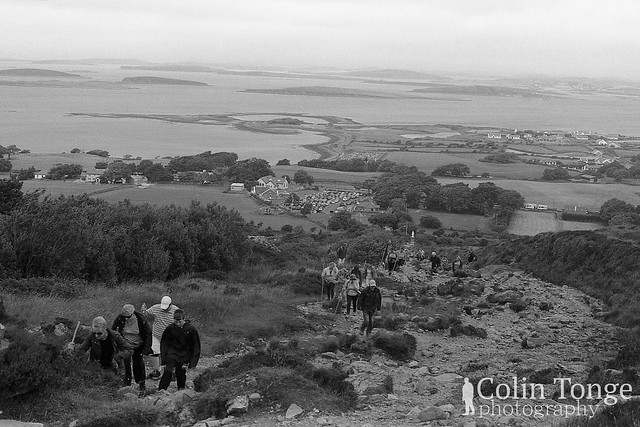 The final climb was difficult, it was very steep and the ground was just stones which kept sliding down the mountain as we climbed up. It didn’t help that the mist had gotten worse and you couldn’t see very far in front of you, when we were at the top we could hardly see each other, there was no views at all. 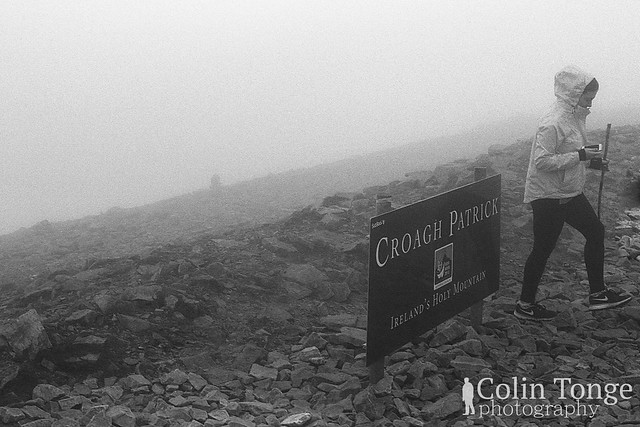 The next day it was lashing rain and we were all exhausted, no one stayed in Westport for the day, we all went straight home and ate and slept, it was a tiring trip! 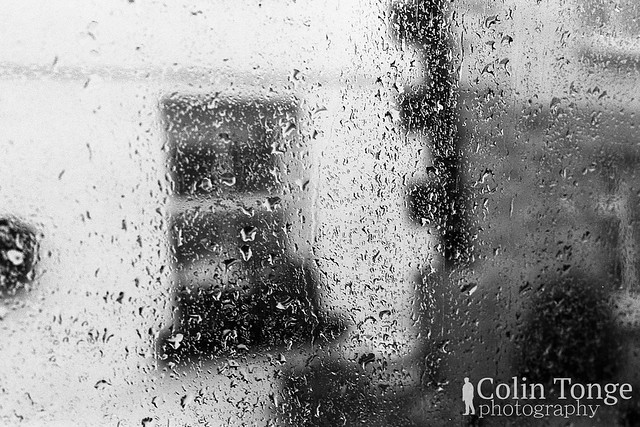 It was a vey different trip and to be honest I’m not sure if it is one worth making, yes you can say you’ve climbed the mountain, but there’s nothing there to celebrate with but the grueling climb back down, I can’t even say what Westport is like because we were too exhausted to explore it.

I’ve climbed Croagh Patrick and I will never be doing it again!