I’m a huge fan of Dublin’s Botanic gardens, it’s a magical place of calm for me and always provides me with plenty of photographic opportunities. So when in London this week I had to pay a visit to their equivalent ‘Kew Gardens,’ it boasts that it’s home to the worlds largest collection of plants so I had high expectations going in.

I guess I should preface this blog by making reference to the fact that I was not in the best of moods as I began my time in Kew. I had just arrived in London, but my luggage had not and so I was a little disgruntled to say the least! I was regularly checking my phone as I walked around keeping up with the airline, however as someone who goes to the Dublin Botanic Gardens to relax when I’m stressed it shouldn’t effect my opinion too much! 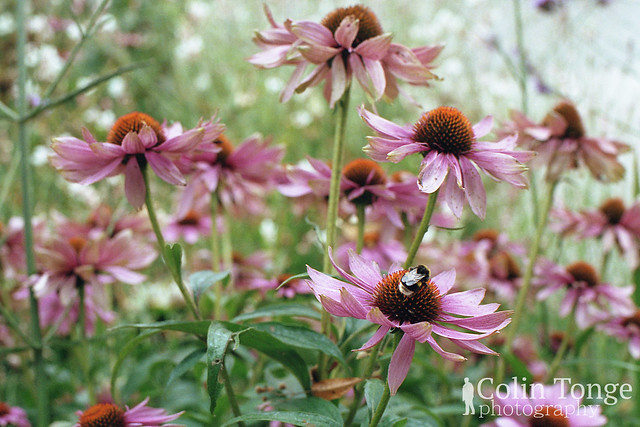 I was greeted into Kew by very familiar architecture in it’s palm house (The same architect as Belfast’s Palm House which I visited last year). It was very warm and humid among all the greenery and despite the fact that heat rises I had to visit the walkway along the top. Being among the fern-tops (I’m going to pretend that’s a word) gave me a while new perspective on the plants and the architecture of the building in which they live. I didn’t last too long in there however as the heat was harsh enough outside, never mind inside the glass structure. 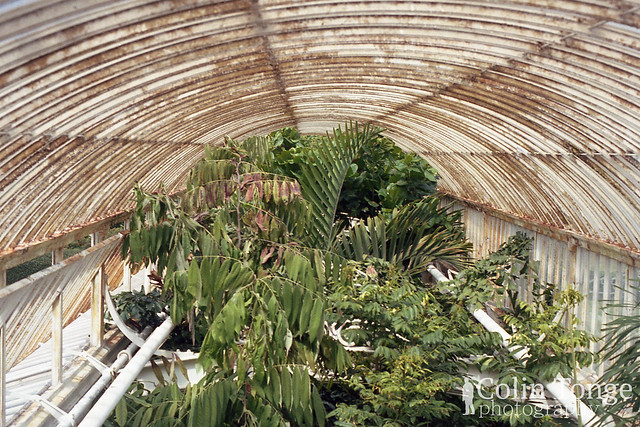 To recover after my near baking alive experience I grabbed a quick ice cream to keep me going as I continued my walk. It was a tad disheartening that it began to drip down the cone and my hand, but nevertheless it cooled me down! 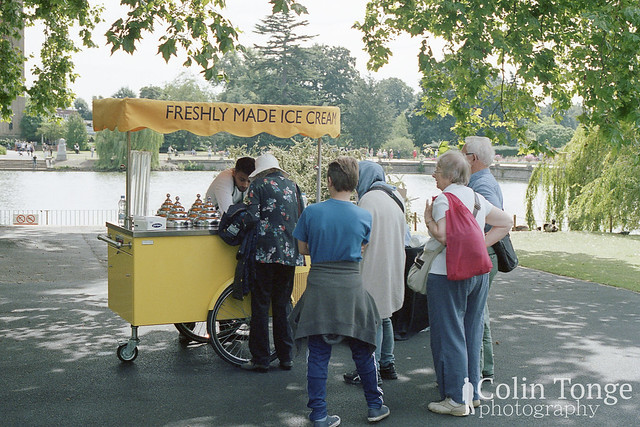 Up to this point I had been in very busy areas of the garden and was fighting for space with the hundreds of other visitors (I’m too used to the quiet of Dublin) so I began to head towards the quieter walled gardens in the back. But as the people disappeared the noise didn’t. Kew is in the flight path for Heathrow airport and so every minute or so the deafening sound of an airplane coming in to land can be heard. Perhaps it got to me because I was annoyed with my airline at the time, but I just couldn’t relax with the din, it had me on edge for the entirety of my visit. 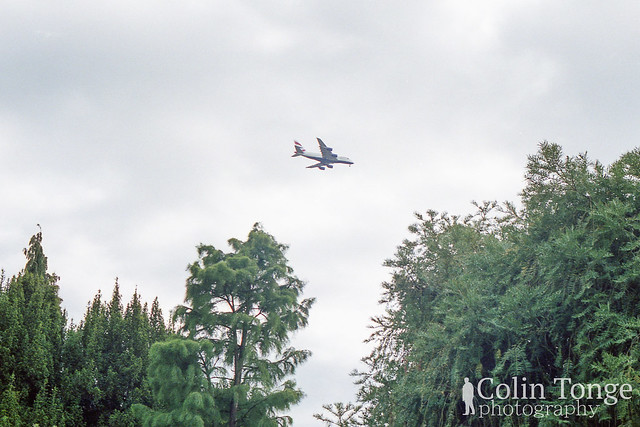 One of my favourite spots in Dublin used to be the Waterlily house (currently in disrepair) and so I was excited to see Kew’s and it didn’t disappoint. Lily pads large enough to support a small person and bright vivid flowers, it’s a spectacle to behold. 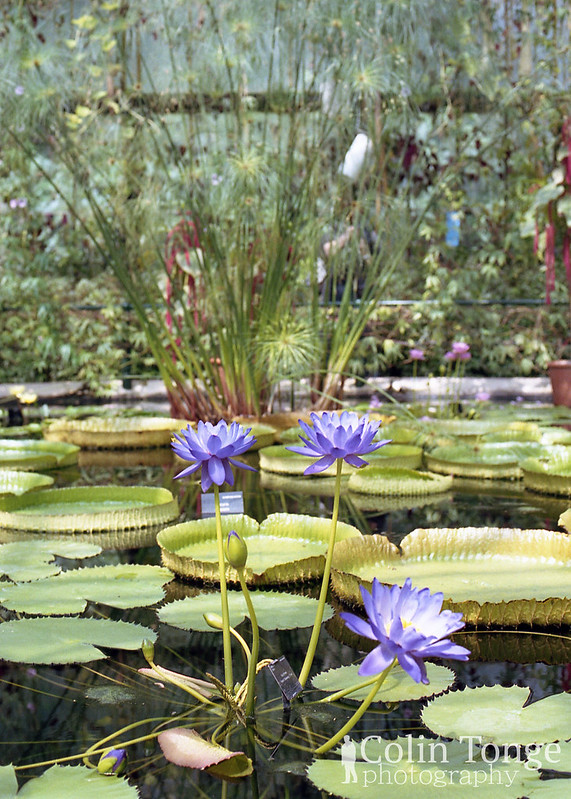 One of Kew’s newest attractions is ‘The Hive,’ a structure dedicated to showing how bees pollinate flowers and create honey. To be honest I didn’t understand the whole story it was trying to tell but it’s a very interesting structure to look around none the less! 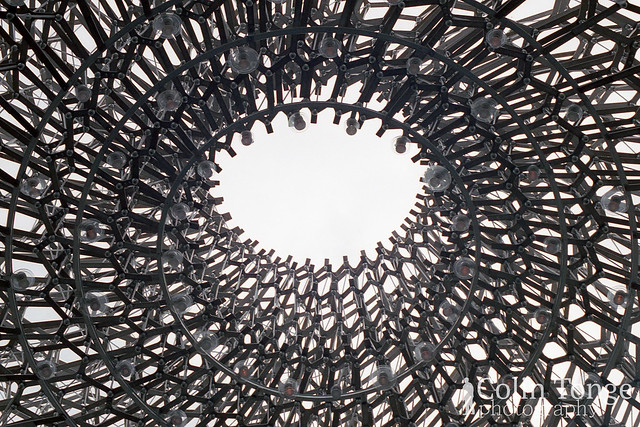 Continuing around Kew, flowers greeted me at every corner. Between the lily pond, rhododendron walk and Chinese Pagoda there was always something different to explore and photograph as I walked around. 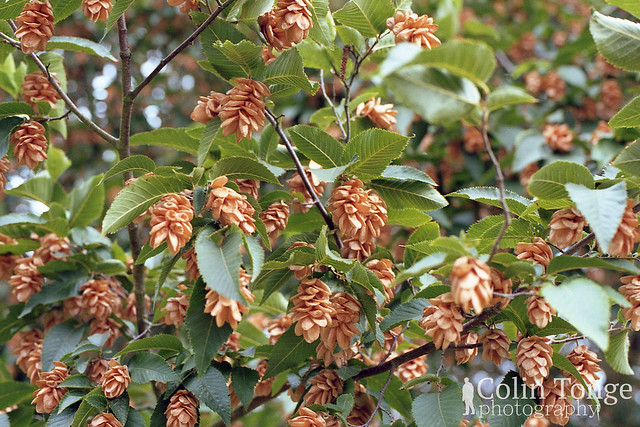 The final area I visited was the treetop walkway, after endless stairs I was faced with a walkway that boasted views all over the gardens, and at points even as far as the London skyline. It’s the perfect place to finish your visit with an amazing birds eye view. 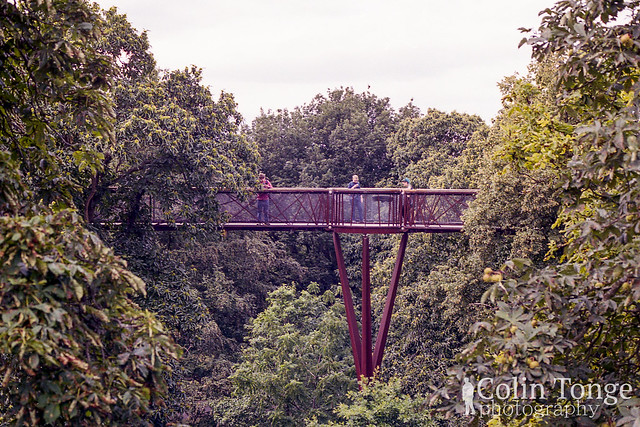 I’ve made every effort to make this blog post positive, Kew looks amazing and one could spend hours there, but I just couldn’t relax there like I can in Dublin. Constant planes and the drones of people, meant that I was always on edge and I think my photos reflect that, I’m usually overly prolific in my shooting of beautiful places but here I struggled to fill my 36 shot roll of film. On saying this I will probably visit again in a few years time, just with revised expectations.